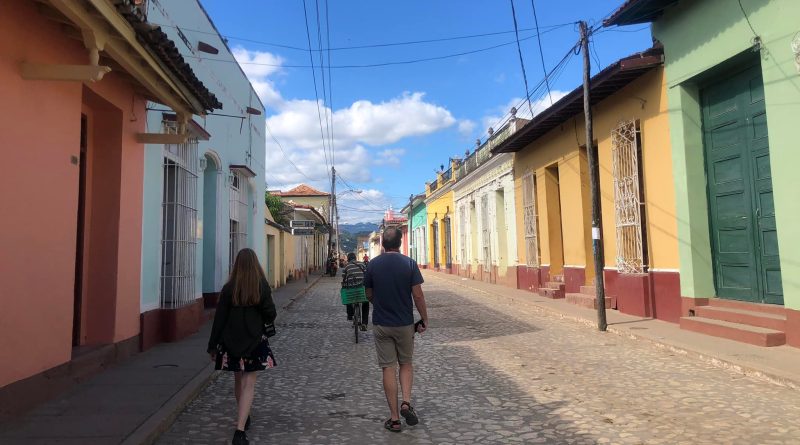 Cuba made this impression of happiness, music, mojitos, so much art in the streets of Havana, colours and the sweetest people like Mario and Pedro whom we stayed with – and even people at the covid testing clinic. Buying cigars (Open invitation to come visit and have one with us).

It’s also a more mixed impression of former greatness in the beautiful colonial architecture and the shiny Cadillacs. Of our stay in a classic proud home from 1700, that still looks as then in the interior design.

To me, Cuba was my vaccination booster shot against communism – the revolutionary heros and the poverty left me feeling unimpressed, just as it did when I worked in Estonia and learned of the consequences of USSR.

The newspaper of the communist party was sold by old men in the streets. Even though the currency is pesos and aside from this, Euro is officially accepted, the price was in USD. Still talking about the revolution, comparing it to China and using Venezuela as the ‘country worse off’ with no critical voice. Published the 63rd year after the revolution…

Currency: pesos. 5.000 pesos cost the horrendous amount of 1440 DKK / 220 USD in a bank and is 80 pesos to 1 USD in the street even for a tourist. Making black market exchange a national sport and requirement for survival.

Internet: Only months ago locals got wifi at home, which is limited to 30 hours a month. Paying per hour to use the locals’ network was how we got better internet connections. Controlling communication is never a good sign. 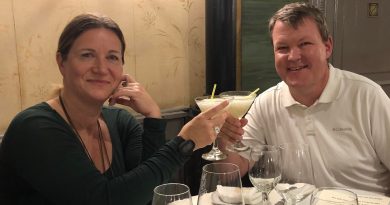